Chester-le-Street has a long history of flooding. The work around Chester Burn will reduce this risk. 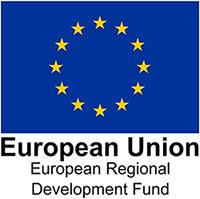 Chester Burn runs through the centre of Chester-le-Street but is mostly hidden as it was covered over in the 1960s which then led to the development of a market place, supermarket and car parking facilities over it.

In June 2012, more than 100 homes and businesses at the northern end of the town where affected by flooding and Chester Burn was the main cause.

We have completed flood prevention work with Northumbrian Water and the Environment Agency at the eastern and western sections of the Burn, but needed to do further work to reduce flood risks in the longer term. 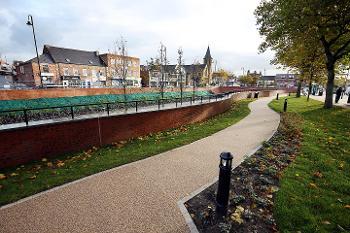 We have worked with the Environment Agency to model what effects potential work will have to prevent flooding. The results show that the work we are doing will reduce the risk of flooding from a 'one in 100' year storm.

The Burn and marketplace are in a conservation area and the work complements its surroundings. The war memorial has stayed in its current place, and the marketplace has moved to a much more prominent position towards Front Street..

The scheme cost £6.2 million and is funded by us, the Environment Agency and the European Regional Development Fund. 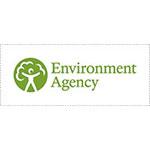 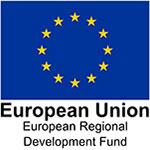