Audiences invited to make a wish with popular panto

Families will be able to discover a whole new world and see their wishes come true with the return of a popular family pantomime. 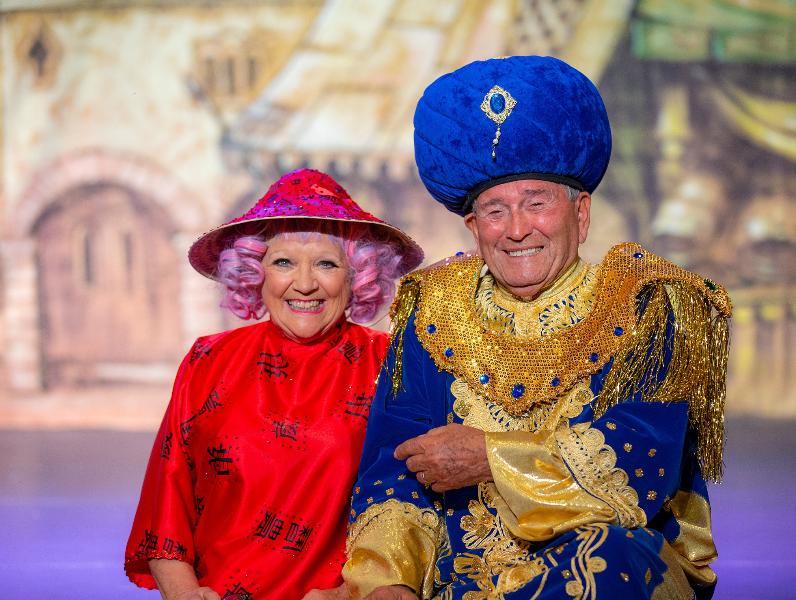 This week will see the Christmas festivities kick off at the Empire Theatre in Consett with a production of Aladdin, following on from last year's smash-hit pantomime Treasure Island.

In her 11th year of directing our venue's pantomime, Leah Bell returns to write the production and stars as Annie Twankey.

Leah will be joined on stage by comedy legend Tommy Cannon who will appear as His Royal Highness The Emperor Tommisso Cannonisso.

In his tenth pantomime at Empire Consett, Jason Jones returns to play Fannie Twankey, sister of Annie who together run the Royal Laundrette.

Coming along on the adventure will be a magical cast including Kas O'Neil as Aladdin, Tia Dodds as Princess Jasmine, Dave McCarthy as Jafaar, D-Zed as Genie.

The show will also star Bethan Amber as The Spirit of the Ring, Gareth Arthurs as PC Plonker and Andy Power Tate as PC Conker, Gaston Alexander as Abboo, and Gabrielle Seren, Annabelle Peterson, Laura Anne Williams and Lois-Lorraine as the Ladies of the Harem.

Opening on Thursday 1 December and running until Saturday 31 December, the production will be packed full of magic, dazzling costumes and lots of adventure, bringing a modern twist to the traditional story.

Cllr Elizabeth Scott, our Cabinet member for economy and partnerships, said: "We are very excited for the return of our pantomime at the Empire Theatre, a production which proves popular with audiences year after year. As always, families can expect an evening full of magic, excitement, and of course lots of festive fun.

"Our Christmas programme sees a number of fantastically festive family productions take to the stage across our venues and is a key part of our cultural calendar, which is jam-packed with events and activities throughout the year. These events bring people and communities together and we are keen to grow this programme as part of our ambitions to be the culture county."

Aladdin is just one of the many cultural events taking place in the county this year, cementing Durham's position as the 'culture county' and demonstrating our ongoing commitment to culture-led regeneration. This includes delivering key projects within the county's shortlisted UK City of Culture bid; progressing major capital projects and raising the county's profile as a fantastic place to live, work, visit and invest.

Find out more and book tickets for Aladdin at Consett Empire Theatre and Cinema.