Work to enhance a County Durham neighbourhood and address anti-social behaviour is underway.

We are working with believe housing to make improvements to key areas in and around Henknowle, Bishop Auckland.

The work follows residents raising concerns with local county councillors, Cllr Joanne Howey and Cllr Cathy Hunt, who have been working with the council to ensure issues are addressed. 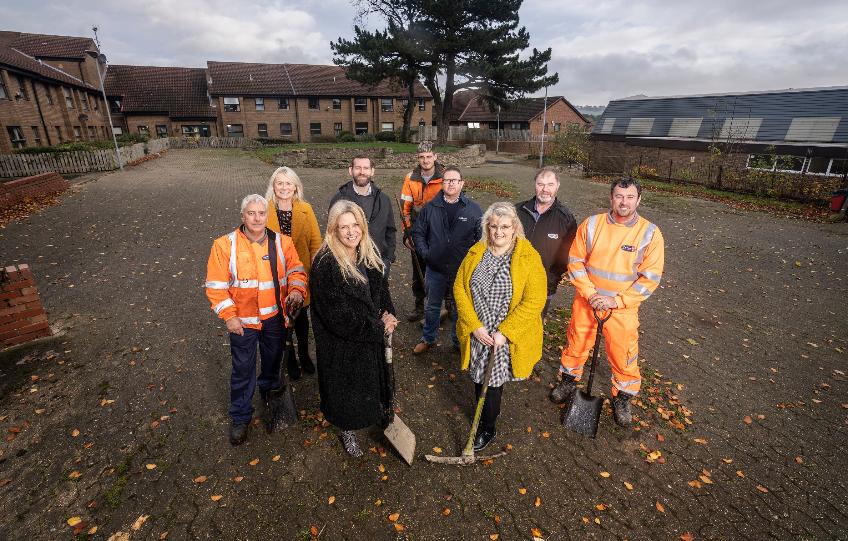 The works include the removal and replacement of brick walls, the installation of new kerbs and footpaths as well as repairs and upgrades to steps on the estate.

New handrails will also be put up where necessary to improve access, with trees and stumps removed, more greenery planted amongst accessible footpaths to promote wellbeing and an existing memorial garden being retained.

It's hoped the enhancements will help deter anti-social behaviour, provide a more aesthetically pleasing environment and improve safety across the estate.

Cllr John Shuttleworth, Cabinet member of highways, rural communities and community safety, said: "We are pleased to be working with our local members, residents and partners to make improvements to the Henknowle estate. We have taken feedback on board from residents to understand what is important to them and we look forward to these works making a positive difference to those who live here.

"It's so important that everyone feels safe, secure and valued in their communities. These enhancements will not only help to deter anti-social behaviour but will also instil a sense of pride amongst residents once the works are completed."

The projects were prioritised following a consultation event with residents, ourselves and believe housing earlier this year. Funding was then made available from the us, Bishop Auckland and Shildon Area Action Partnership's Town and Village funding, and believe housing.

Local businesses were also consulted ahead of the works commencing, with opportunities identified to further enhance business and services in order to further regenerate the area.

Sean Cairns, major works manager at believe housing, said: "These improvements will not only make the area look and feel much better for residents, but also make it easier to maintain in future.

"The collaborative work between believe housing and the council will result in quicker and less disruptive work, so the community feels the benefit of the improvements as soon as possible."

The works are expected to take around 12 weeks to complete.