A Durham City theatre is preparing to get into the festive spirit as rehearsals begin for its popular annual pantomime. 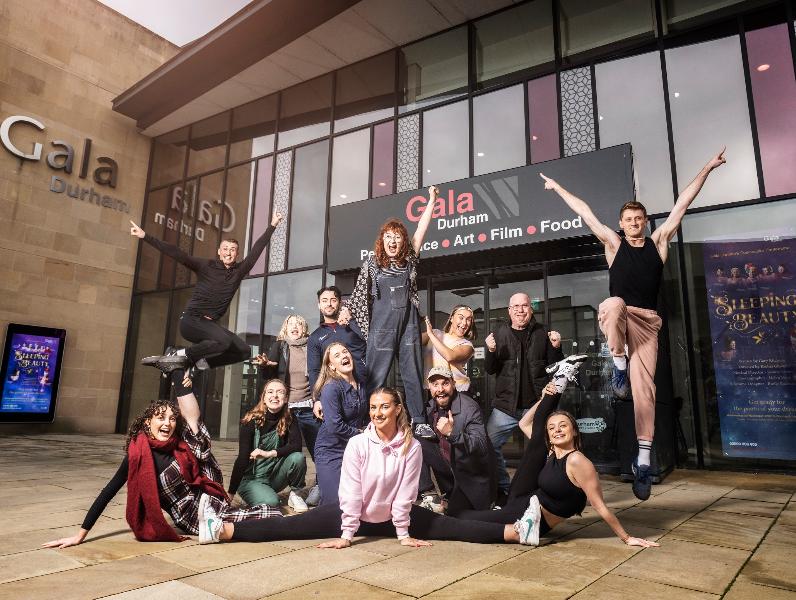 Cast and crew came together for the first time for our Gala Durham Christmas show, Sleeping Beauty.

The production, written by Gary Kitching and directed by Rachel Glover, is a hilarious new telling of the classic story inviting audiences to follow the adventures of Briar Rose as she tries to escape a marriage to poetry-mad Prince Chad of Middles-boroughly.

Meanwhile, having not received an invite from King Archibald of Durham-ion to Briar Rose's Christening years prior, the Evil Witch Karen has plans to cast a curse which will see the princess sleep for a hundred years.

Tickets are priced from £7, with family discounts available, and can be purchased on the Gala Durham website or by calling the theatre's Box Office on 03000 266 600.

Sleeping Beauty brings together a North East cast of new and familiar faces to give audiences a panto that truly gets them into the spirit of Christmas.

Returning for his third panto at Gala Durham, Jacob Anderton, who played Robin Hood in last year's production, will this year play King Archibald of Durham-ion.

Also returning is Lauren Waine, who previously appeared in Snow White and Robin Hood and this year plays Hester the Jester.

Prince Chad of Middles-broughly will be played by Benjamin Storey, who appeared in The Nutcracker Re-Miced at Gala Durham last Christmas, and Chloe Jane Millar plays Briar Rose.

Sammie the Dog will be played by County Durham actress Jude Nelson, who recently appeared in A Way Home, and Steve Byron, an actor with 35 years of working in theatre in the region, will play the Nanny.

Cllr Elizabeth Scott, our Cabinet member for economy and partnerships said: "With rehearsals now underway for our pantomime, it is officially time for the festive season and we are really excited to welcome audiences to Gala Durham to see this fantastic show.

"We are proud of our commitment to showcasing the brilliant local talent we have through our Christmas shows and we are delighted to be putting forward an all North East cast. Our Gala Durham pantomime is a key event in the vibrant Christmas programme we put together each year, aligning with our ambition of being the culture county."

Sleeping Beauty is just one of the many cultural events taking place in the county this year, cementing Durham's position as the 'culture county' and demonstrating our ongoing commitment to culture-led regeneration. This includes delivering key projects within the county's shortlisted UK City of Culture bid; progressing major capital projects and raising the county's profile as a fantastic place to live, work, visit and invest.

Rehearsals will continue for the production ahead of opening on Wednesday 23 November, from when it will run until Sunday 8 January.