Fined for failing to assist with fly-tipping investigations

Two men from County Durham have been ordered to pay more than £2,500 between them for failing to assist in separate fly-tipping investigations.

We have successfully taken action against the two men after waste was found dumped near to Seaham Grange Industrial Estate and in Pittington. 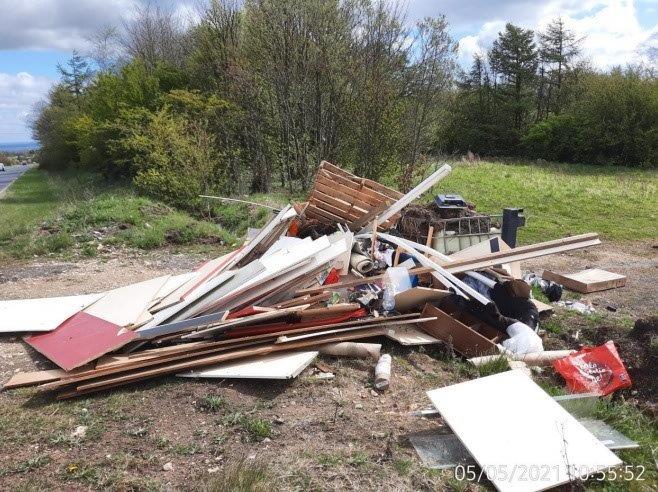 The first fly-tip was found beside the A1018 dual carriageway near to Seaham Grange Industrial Estate in May last year.

Household waste, cardboard boxes from children's toys, as well as broken appliances and TV boxes were found on the grassed area, alongside evidence linking the waste to a different individual.

When this person was contacted by us and interviewed under caution, he stated that his former girlfriend had paid to have the waste removed. She then told officers that she paid for the waste to be taken away by Liam Sinclair.

Twenty-year-old Sinclair, from Windemere Road, Seaham, was asked to attend an interview in April this year, but he failed to show and did not contact officers to rearrange.

A separate fly-tip at Pittington

In a separate case, a fly-tip was found on land at Elemore Lane, Pittington, earlier this year, where wardens found numerous pieces of evidence relating to Craig Henderson, of David Terrace, Quarrington Hill.

An initial letter was sent to the 40-year-old asking him to contact the council and he was then asked to attend an interview. However, he failed to attend and did not make contact with officers.

Both Sinclair and Henderson failed to attend Peterlee Magistrates Court, where the matters were heard in their absence.

Magistrates fined Sinclair £660 and ordered him to pay costs of £488.29 and a £66 victim surcharge, for his failure to assist in the investigation into a fly-tip near Seaham Grange Industrial Estate, totalling £1,214.29.

'Your waste is your responsibility'

Ian Hoult, neighbourhood protection manager, said: "We take fly-tipping very seriously in County Durham. Failing to assist our investigation prevents us from identifying those responsible and will not be tolerated.

"Your waste is your responsibility, and it is your duty to make sure that it is correctly disposed of. With a number of household waste recycling centres across the county, as well as bulky waste collections being available, there is simply no excuse for it to be dumped."