Young people across County Durham have been recognised for their outstanding achievements at an awards ceremony. 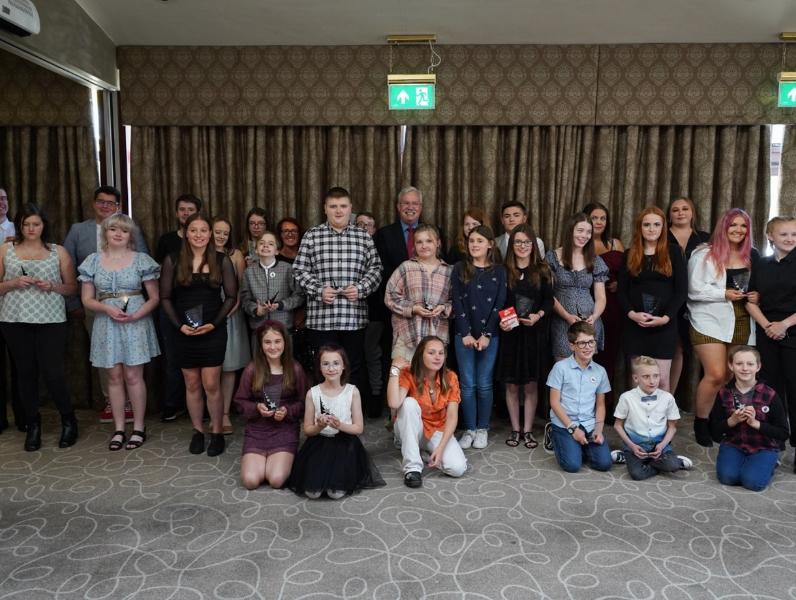 Our Youth Council hosted its second annual County Durham Youth Awards to recognise the achievements of young people and youth advocates across the county.

Put forward by their peers, teachers, parents, and members of the community, nominees were awarded in a number of categories at a ceremony at Ramside Hall.

The ceremony was the first time the awards had been given in person as the inaugural event was held online last year. The Deputy Lord Lieutenant Professor Ian Neal was a special guest at the ceremony and gave a speech.

There was a Little Superstars category, which recognised the achievements of young people aged 11 and under.

Among those to receive the award was Isabella Collier, who was nominated for her upbeat and outstanding attitude while overcoming complex medical conditions.

Also to receive an award was Jack Hopper, who was recognised for his commitment to keeping his local area litter free by organising community litter picks.

One outstanding young person was Skye Palmer, nominated for her dedication to her young carer role and the support she gives to her friends and family.

Another outstanding young person was David Cholewa, who used his ability to speak additional languages to help a Ukrainian boy settle in after coming to live in the county.

In the Group Category, Brandon Carrside Youth and Community Project was awarded for its work to support children and families over the summer holidays and for creating essential packs for people in Ukraine.

It was also awarded for its contributions to Lumiere, Durham Pride, and Durham Miner's Gala.

Finally, a number of adults were awarded for being Youth Champions, providing a voice for the county's young people.

Among those to be awarded was Rachel Masters for going above and beyond to support the children and young people in her care, providing a safe space for young people with special educational needs to be heard, ensuring they know their rights and responsibilities, and encouraging them to do outstanding things.

Cllr Ted Henderson, our Cabinet member for children and young people's services, said: "I would like to say a huge well done to all those who have received a County Durham Youth Award.

"This year's ceremony shows just how many inspiring and talented young people we have in the county, as well as the adults who do amazing work to support and advocate for them. I hope everyone enjoyed the ceremony and left proud of what they have achieved."