The largest local authority in the North East has reviewed its climate change targets to produce an even more ambitious plan to achieve net zero in less than a decade. 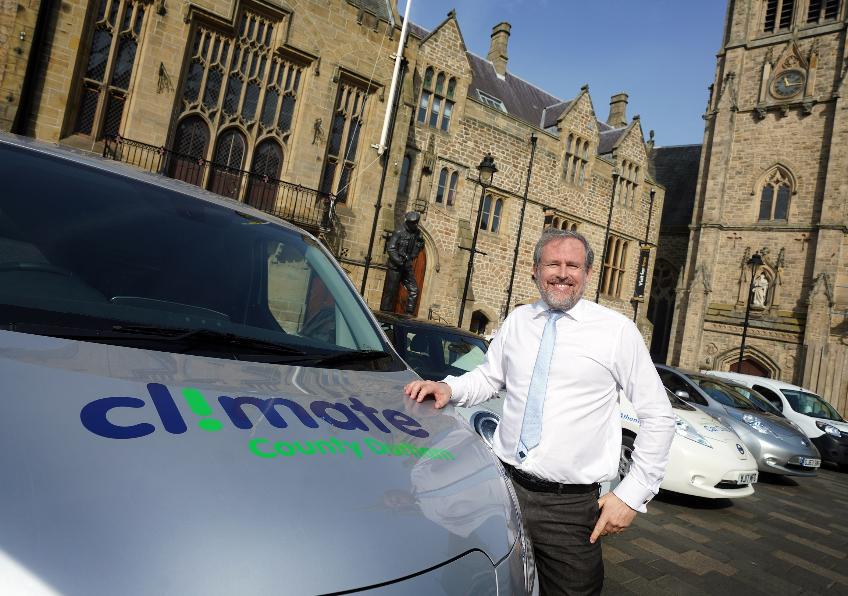 Our Cabinet heard that the authority has already seen a 58 percent reduction in its CO2 emissions since 2008 as a result of its first Climate Emergency Response Plan (CERP1), which pledged to reduce our emissions by 80 per cent by 2030.

It has now proposed a new Climate Emergency Response Plan (CERP2), outlining an improved aim to achieve net zero by 2030 in its operations. Cabinet approved the plan at its meeting this week.

Cllr Mark Wilkes, Cabinet member for neighbourhoods and climate change, said: "Over the last year we have reviewed all our plans and are putting in place a new proactive plan to tackle climate change in County Durham.

"Our actions so far have secured significant government funding to address climate change. Additional to the environmental benefits, tackling climate change extends to addressing issues such as fuel poverty, public health and fostering a green economy.

"With rising energy bills our plan is committed to significantly increasing renewable energy production. This will help to protect frontline services by reducing council costs. The CERP will be instrumental in delivering a wide range of positive outcomes."

CERP 1 was adopted by us in February 2020 and set out over 100 projects to help achieve previous targets of reducing our emissions by 80 per cent by 2030 and making County Durham carbon neutral by 2050.

Significant progress has been made on the award-winning plan through low carbon initiatives including retrofit works at public buildings, such as Abbey Leisure Centre, and an £8 million project to turn our Morrison Busty Depot into a low carbon site, featuring a solar farm, battery storage and heat pumps.

Countywide, we have worked with partners to plant 44,000 trees, while 16,000 hectares of blanket bog have been restored to avoid 192,000 tonnes of carbon being emitted each year.

As the successor to the original plan, CERP2 has further developed 127 schemes to meet our new carbon commitments of achieving net zero in our operations by 2030, and net zero by 2045 for countywide emissions.

This plan will also address important issues including fuel poverty and threats to ecology as well as emphasising the need for a resilient electricity infrastructure in light of recent extreme weather events.

Projects within CERP2 include £5 million investment over two years to decarbonise heat within our buildings and a phase three development of NETPark, where designs will include no connection to the gas network and the consideration of a solar farm.

Cllr Wilkes added: "Significantly reducing our carbon footprint is one of our top priorities, which is why we have set out even more ambitious goals to achieve net zero in our second climate plan.

"CERP2 reviews the progress made since 2020 and emphasises actions that everyone as a partnership of organisations, communities, and business need to take going forward. It is time now for us to work together and take even more significant action to build on the progress that has already been made to reduce our impact on the climate."