Forty years ago today, one of the largest major conflicts since the Second World War came to an end with the cessation of hostilities in the Falklands. 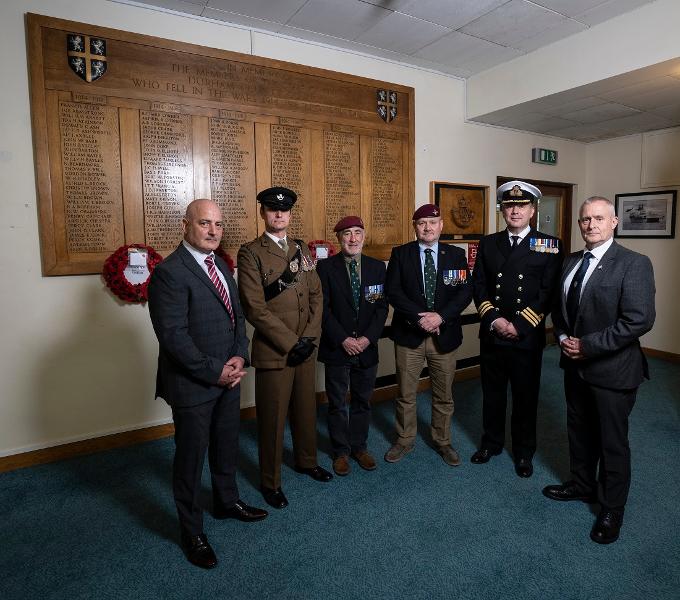 The 74 days of fighting saw 255 British personnel killed as well as 649 Argentinian soldiers, before reaching its conclusion on 14 June 1982.

Our Armed Forces Champion and Deputy Champion, Cllrs Paul Sexton and Mike McGaun invited veterans of the conflict to a special event at County Hall to mark the anniversary.

Colin Charlton and Paul Bachurzewski, who served in The Parachute Regiment, were joined by modern day Armed Forces personnel from 8 Rifles, the Army Reserve battalion located at Bishop Auckland and HMS Calliope, the Royal Navy Reserve unit based on the River Tyne at Gateshead.

They observed a minute's silence around the War Memorial and a moment's reflection beneath the Union Flag.

Cllr Sexton said: "Today we remember all those who lost their lives in this war and all those - both veterans and their families - who still live with the consequences of the conflict in body, mind, or spirit.

"We honour especially those from our communities who served during the Falklands War, including those who served on HMS Invincible which was County Durham's affiliated ship at the time.

"We also give thanks to those who continue to serve in our Armed Forces at sea, on land and in the air."