Tales of First World War hero to be told at exhibition

The fascinating story of a First World War hero will be told at a special event in County Durham this month. 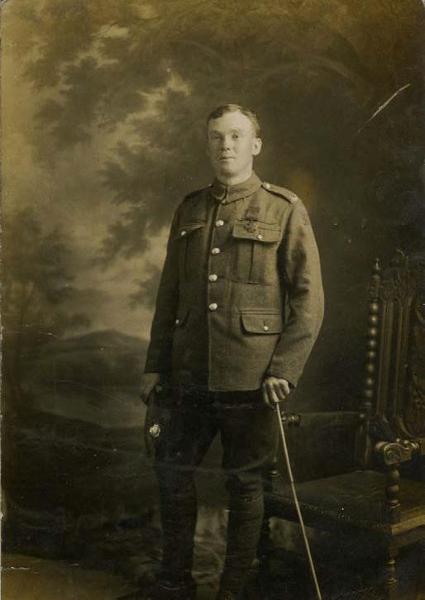 Our Gypsy, Roma, Traveller (GRT) service; Community Cohesion; and Safer Communities teams will be hosting an event with the authority's Durham County Record Office to celebrate the significant contribution of John 'Jack' Cunningham - the first Romany Gypsy to be awarded the Victoria Cross.

Enlisting in September 1914 with the 3rd Hull Battalion, later known as the 12th Battalion, East Yorkshire Regiment, John was deployed overseas and served in Egypt before being sent to the Western Front in March 1916.

He was part of a bombing section which had captured an enemy front trench, but was met with strong opposition. As the only man not killed or injured, John collected the bombs from his fallen comrades and went on alone, defeating a troop of ten German soldiers and clearing the trench up to the new British line.

For his gallant action, John was awarded the Victoria Cross from King George V at a ceremony in Hyde Park, and on his return home to Hull was greeted at the station by crowds and a band, which had heard of his heroics and carried him in a parade to his parents' home which had been decorated by flowers.

John continued to serve until 1918, where he was wounded and retired from active service.

The Jack Cunningham Exhibition will take place at County Hall on Wednesday 18 May, from 1pm to 3pm, where people can hear the full tale of John's story.

Participants will be able to hear a talk on John's participation in the war, which will also be broadcasted live on YouTube from 2pm to 3pm.

People will also have the chance to view the Porrajmos Exhibition (the 'Gypsy Holocaust'), which gives an insight into the largely unknown story of the persecution and deaths of Roma and Sinti Gypsies at the hands of the Nazis during the Second World War.

Between 1934 and 1945, it is estimated that between 200,000 and two million Gypsies were killed. The exhibition provides examples of some personal stories of the lives of those who were affected.

To express an interest in attending the event, contact grtservice@durham.gov.uk. For those unable to attend, the John Cunningham live talk can be watched live on YouTube.

Cllr Alan Shield, our Cabinet member for equality and inclusion, said: "John Cunningham's story is a fascinating tale of heroism, and we are delighted to be able to host this event and share with people the courage and determination he showed throughout his service.

"The event aims to raise awareness of the positive contributions that Gypsies and Travellers made in respect of historic war efforts. It is also important to highlight how the GRT community was affected by the war as all communities were, with the tragic stories of persecution during the Second World War."

Find more information about the support we provide to Gypsy, Roma and Traveller communities.