Replica of wagon which travelled Stockton and Darlington Railway restored

A replica of a wagon which would have travelled the Stockton and Darlington Railway has been returned to its former glory nearly two centuries after trains started using the line. 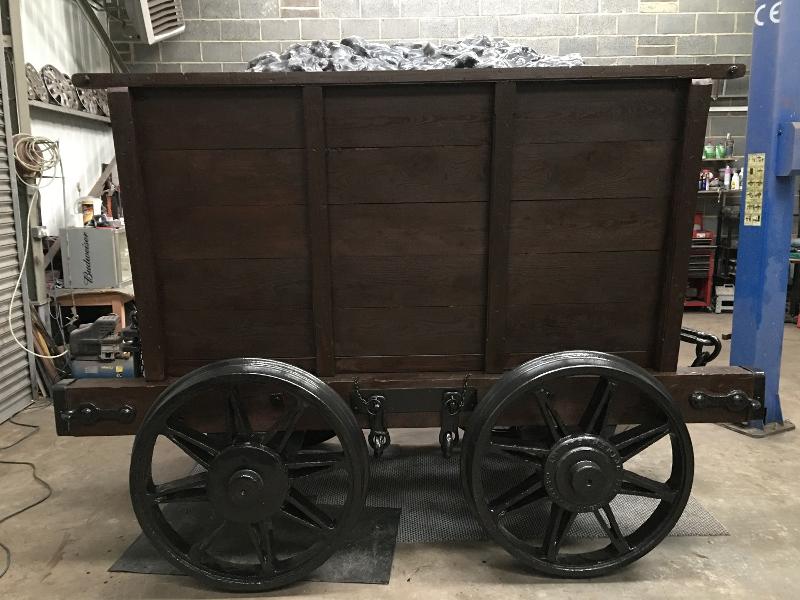 The wagon while it was off-site being restored

The replica Chaldron Wagon at Shildon has been lovingly restored by us, ahead of celebrations in 2025 of the 200th anniversary of the opening of the line. This is also the year County Durham hopes to be UK City of Culture having recently been shortlisted for the title.

Chaldron wagons were used on the Stockton and Darlington Railway to carry coal and other minerals from the local coalfields to port facilities at the mouth of the River Tees.

The replica was installed at Cheapside in Shildon, in recognition of the town's connections with the railways with the line having passed through the community almost 200 years ago and it being home to Locomotion museum.

However, in recent years its condition deteriorated and, following requests from Shildon Town Council, we have now invested in its restoration.

The project saw the wagon removed from its plinth last August and painstakingly refurbished by town company Racebourne Ltd, before being reinstated.

New interpretation panels will be installed at the site ahead of the anniversary, as part of celebrations being organised by other agencies and ourselves to mark 200 years since the line opened in 2025. The celebrations are a key part of the bid we are leading for County Durham to be named UK City of Culture in 2025, which is just one of four left in the running from 20 initial hopefuls

Cllr Elizabeth Scott, our Cabinet member for economy and partnerships, said: "Shildon has a proud association with the railways having been on the route of the Stockton and Darlington line and as home to Locomotion museum.

"The replica of the wagons which would travel the Stockton and Darlington Railway is therefore an important part of the town's heritage and we are delighted to have invested in returning it to its former glory ahead of the 200th anniversary of the line opening in 2025.

"We want those celebrations to be part of our year as UK City of Culture and we look forward to the wagon standing as testament to Shildon's historic connections with the railways for many years beyond that."