Performers at this year's Durham BRASS have spoken of their excitement ahead of its return after two years.

The festival, which is set to be bigger and better than ever, will see two of the headline performances take place inside the spectacular setting of Durham Cathedral as the UNESCO World Heritage Site hosts Richard Hawley performing with NASUWT Riverside Band and LYR together with The Easington Colliery Band.

As one of the summer highlights of Durham County Council's annual events programme, the festival supports the county's bid to be named UK City of Culture 2025 and demonstrates the importance of a rich and vibrant cultural scene to economic growth.

BRASS returns from Sunday 10 to Sunday 17 July, and on Friday 15 July, LYR's collaboration with The Easington Colliery Band will commemorate and celebrate the county's 'Category D' villages in Firm As A Rock We Stand.

The work is the result of a co-commission by Durham BRASS and the Durham Miners' Association and combines poetic spoken passages, vocal melodies and imaginative, cinematic production alongside one of the premier brass bands in the north.

LYR is made up of musician Richard Walters, multi-instrumentalist Patrick Pearson, and author and current British Poet Laureate Simon Armitage, who visited the Durham Miners' Association for an insight into the story of the Category D villages. In the 1950s, these villages were said to have not had an economically viable future. Residents were encouraged to move elsewhere to allow the then abandoned communities to be demolished, leading to a decades long battle with authorities at the time.

Armitage said: "I hadn't heard of it before but as soon as I was told the story I knew that was what I wanted to write about. It feels very live and very hot, it appeals to people's sense of unfairness.

"I was able to speak to people who lived in Category D villages, which was absolutely vital. I heard lots of different stories as you'd expect but lots talked about the way that since they were categorised as Category D their village had struggled to escape that identity." 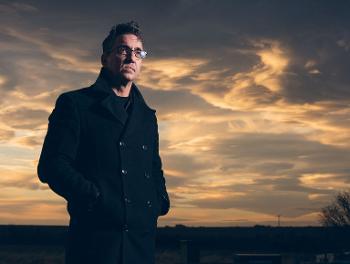 Richard Hawley will perform alongside the NASUWT Riverside Band

And, in what promises to be a memorable one-off gig the following night (Saturday, 16 July), Richard Hawley will perform a headline slot alongside the NASUWT Riverside Band.

Hawley has played some of the biggest stages during his prestigious career, recording eight critically acclaimed albums and collaborating with Paul Weller, Elbow and the Artic Monkeys among others.

This collaboration for BRASS will see his own works reinterpreted with the backing of traditional County Durham colliery band, NASUWT Riverside Band.

The festival will also feature a host of community workshops, free concerts in schools, communities and care homes across the county and a full programme of lively street bands.

Cllr Elizabeth Scott, Cabinet member for economy and partnerships, said: "We cannot wait to welcome such prestigious performers to the iconic Durham Cathedral as part of this year's BRASS. The festival is all about celebrating the rich history of brass and championing new works by contemporary artists and what a spectacular setting to showcase the combination of traditional big band music and more unique interpretations.

"This diverse offering reflects our commitment to culture here in County Durham and is a perfect example of why we would make a fantastic UK City of Culture 2025. We very much look forward to seeing communities come together once again to celebrate BRASS and enjoy some memorable moments."

Also returning and coinciding with the BRASS festival, is the ever-popular Durham City Run, on Friday 15 and Saturday 16 July. The festival will see hundreds of competitors race through the city centre, accompanied by live music from BRASS' street bands.