Find out more about county community and aristocratic families

Those interested in finding out more about the history of a County Durham community and how aristocratic families lived in days gone by can do so as part of talks this month. 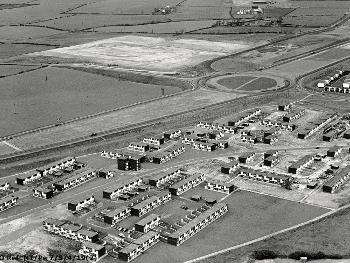 As part of the Third Thursday Programme, community arts officer Colin Robson will deliver 'In Search of the Future - the Peterlee archives' from 10.30am to 11.30am on Thursday 17 March.

For the past 15 years Colin has been visiting DCRO, which is run by us, as part of his work to support participation and engagement in the arts. During this time he has explored the collections on Peterlee and the Apollo Pavilion, the town's iconic and controversial 20th century landmark, with which he has forged an intimate bond.

This talk is free to view but must be booked in advance.

As part of the Branching Out programme, which is aimed at those who have a grasp of the basics of family history and would like to know more about particular topics, a talk on land-owning families is being held on Thursday 24 March with a choice of sessions from either 10am to 11am or 6pm to 7pm.

Land-owning families and the aristocracy formed a privileged minority in County Durham but are generally over-represented in records. They range from vastly wealthy such as the Londonderry and Strathmore families, who were titled and owned significant portions of the county, to much more modest families who lived in smaller homes with a little land around them.

This talk looks at what life was like for these families and where their records can be found, as well as exploring what sorts of records you might expect with hints and tips on how to use them.

The talk costs £5 and must be booked in advance.

Dawn Layland, education and outreach archivist, said: "Both talks this month promise to be fascinating for those attending. Colin Robson has huge knowledge of the history of Peterlee following his years of research into the area, while our latest Branching Out talk will delve into the lives of the county's land-owning families and aristocracy. Some of these families had significant wealth and others less so.

"I'd encourage anyone interested to book a place on either talk now to avoid missing out."

To book a place for any of the talks, which will all be held on Zoom, go to the the record office's online shop.

A booking confirmation email will be sent containing instructions on how to join the events online.