BBC investment recognises the talent and potential of North East

News the BBC is to make its biggest investment in the North East in decades has been welcomed by the partnership spearheading County Durham's Bid to be UK City of Culture 2025. 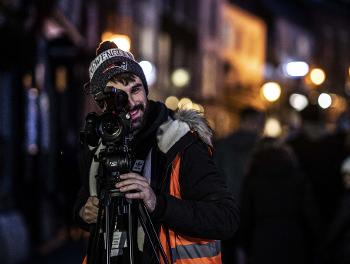 The investment from the BBC will help create exciting opportunities for people to pursue broadcasting careers.

The BBC has announced it will spend at least £25 million over the next five years in the region to fund new television programmes, talent development and additional support to the creative sector. This will help to ensure there is infrastructure and training in place to increase representation of the North East on screen and create exciting opportunities for people to pursue broadcasting careers.

As part of this commitment, the BBC, 12 local authorities and three combined authorities in the North East have signed a memorandum of understanding to work together to grow the production industry in the region.

The announcement coincides with the Durham 2025 campaign, which is seeking to secure the prestigious title of UK City of Culture 2025 for County Durham.

The council, with support from principal partner Durham University, submitted the initial bid on behalf of Culture Durham, a partnership of arts and culture organisations from across the region.

Cllr Amanda Hopgood, our Leader, said: "We welcome this investment and are looking forward to working with the BBC and other partners to deliver exciting opportunities and raise our profile as a place where culture thrives.

"This announcement comes at a time when County Durham is campaigning to be UK City of Culture 2025. Previous UK Cities of Culture have developed great partnerships with the BBC and other broadcasters - who can forget Hull being added to the UK weather map? This special relationship between the BBC and the North East means we have a platform to develop truly extraordinary projects that shine a light on the talent and creativity of the region."

To find out more about County Durham's bid to be UK City of Culture 2025 and to leave messages of support, visit the Durham 2025 website and follow Durham2025 on Facebook, Durham_2025 on Twitter and Durham2025_ on Instragram.

The announcement builds on other recent moves such as a BBC Daytime TV commissioner being based permanently in the North East and hit BBC Three series Angels of the North, set in a Gateshead salon, returning later this year in expanded form. The BBC Writers Room, which already supports new talent development in the region, will also continue to work with writers from across the North East.

A lot more to offer

Tony Harrington, chair of Culture Durham, said: "In the past, those wishing to work in film or television have had limited opportunities in the region, leading many to move away to bigger cities such as London or Manchester.

"The fact the BBC has decided to increase its investment in the North East shows it realises we have a lot more to offer, both in terms of skills and creativity, but also as a filming location. Our diverse landscapes and heritage sites have already featured in many high-profile films and television shows - from Vera and Inspector George Gently, to Harry Potter, Marvel's Avengers and 1917.

"This investment will help create more such opportunities and promote our region to even more audiences. And, if County Durham gains UK City of Culture 2025 status, we can tap into this potential further and deliver an ambitious and inclusive cultural programme that benefits the entire region."

Along with 19 other locations across the UK and Ireland, Culture Durham will discover if the Durham 2025 bid has made the shortlist of six places later this month.

The overall winner of the competition, run by the Department for Digital, Culture, Media and Sport, will be declared next year. The winning location will then take on the baton from Coventry, UK City of Culture 2021, which has so far attracted more than £100m in capital investment to support cultural projects.