The North East's largest council is calling on the Government to reinstate a currently closed railway line, providing major economic, environmental and social benefits to the region in the process. 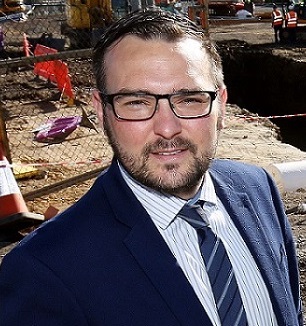 The East Coast Main Line (ECML) is of critical importance to the area's transport network, but a key concern remains the two-track section between Northallerton and Newcastle. It forms a major capacity constraint on the route north of York, making it increasingly difficult to cater for expected passenger growth and for future HS2 (High Speed 2) and NPR (Northern Powerhouse Rail) services.

An important first step in providing the necessary extra capacity would be through the reinstatement of the Leamside Line, which runs for 18 miles from the Tursdale Junction near Ferryhill in County Durham to Pelaw in Gateshead.

The line was mothballed in 1991, as it was believed then that the upgraded line provided sufficient capacity for predicted demand. However, the number of rail passengers has increased beyond forecasts and there is an urgent need for more rail capacity in the North East.

By 2033 the demand for travel to London is expected to have almost doubled compared with current usage.

Furthermore, it is proposed that HS2 trains will use a dedicated alignment from London/Birmingham to south of York before joining the ECML to Newcastle. Ensuring the rail network in the North East is 'HS2 ready' before the mid 2030s is fundamental for the success of the project in this area, but it is not possible using existing infrastructure.

Similar and along the same timeframe as HS2, Transport for the North is developing plans to enable a frequent high-speed rail service, NPR, connecting the North's main economic centres. The plan is to double the number of pan northern services to four trains per hour. Thus, by the mid 2030s there is a need to increase the current ECML capacity by 50 per cent. Constraints already affecting the ECML between Newcastle and Northallerton will only be exacerbated by HS2/NPR.

The importance of re-opening this line has been noted in work by Network Rail, Highways England, Transport for the North (as part of the Northern Powerhouse agenda) the Strategic Economic Plan for the North East LEP, the emerging North East Transport Plan and several Local Development Plans in the North East. The benefits of reopening the line were independently examined in 2014, concluding that it would represent a relatively low-cost investment in transport infrastructure in the region, serving multiple functions.

Today, Cllr Carl Marshall, our Cabinet member for economic regeneration, who also represents Durham on the North East JTC and is the North East board member for Transport for the North (TfN), the North's statutory transport body, called on the Government to commit to re-opening the Leamside Line.

"There are however severe capacity constraints arising on the ECML, in part from the mix of traffic types, in particular high-speed passenger and slow-moving freight on the two track railway north of Northallerton. Currently, trains of similar speeds are run together north of York to maximise capacity, however this prevents an even spread of passenger services through the hour.

"The reinstatement of the Leamside Line would be a strategically important piece of transport infrastructure for the North East, relieving the existing two track railway between Darlington and Newcastle. It could also enable a number of potential new stations in the council area, for example, at Ferryhill, Belmont Park and Ride and Fencehouses.

"Not only would the reinstatement of the line contribute towards wider economic growth, it would increase resilience to disruption on the ECML and ease pressure on the region's largest road bottleneck - the A1(M) at Newcastle-Gateshead.

"The council fully supports the re-opening of the Leamside Line and along with colleagues on the North East Joint Transport Committee we are calling for increased capacity on the ECML corridor north of York to accommodate future growth in train services including HS2 and Northern Powerhouse Rail. We also participate in the East Coast Main Line Authorities group which calls for investment along the entire ECML.

"We hope that we will see progress on this vitally important project soon."