Plans have been submitted by Network Rail for a new £10.55 million station on the Durham coast. 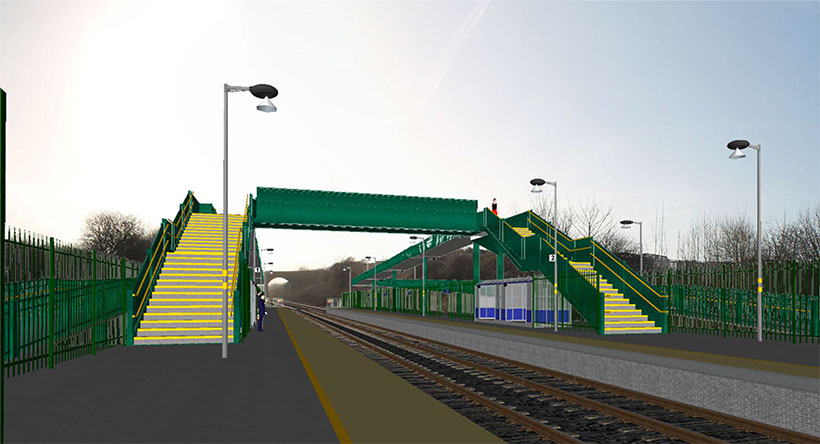 An artists impression of what Horden station could look like

Developed in conjunction with us, the proposal for Horden, near Peterlee, would see two 100 metre platforms built, along with a foot bridge, shelters, a 120 space car park and stops for regular bus services.

Council leader, Cllr Simon Henig, said: "It has been a long time coming, and required a lot of hard work, but it is very pleasing to see this key project reach such an important stage.

"A new station is sorely needed in the east of our county and, if agreed through the planning process, this would be a great boost to the local economy, providing much better access to employment opportunities for local people."

A public consultation on the plans in 2016 saw almost 1,400 responses with 98.6 per cent of people in the area saying they would use the station if it was built.

Subsequent projections anticipate over 70,000 passengers could use the station, on South East View, each year.

If given the go ahead then work - which would be funded by the council, £4.4m from the Department for Transport's New Station Fund, and a grant from the North East Local Enterprise Partnership - could begin as soon as early 2019, ahead of an opening date in spring 2020.

Trains would stop hourly in both directions and link Horden into the local and national train network.

Aidan Talbott, Network Rail principal programme sponsor said: "Network Rail is delighted to be working with the council in the design and delivery of the new station for Horden and Peterlee.

"It is rewarding to work together on a project which is forecast to be so beneficial for the community and which has had such positive responses during public consultations thus far.

"We look forward to continuing to workwith the council and residents going forward."

The application has been submitted to our planning department for consideration as the next step in the delivery of this important project.

For more information about the plans visit our  page.