Old photographs marking the beginning of a special relationship between County Durham and the Russian city of Kostroma have been unearthed 50 years after the partnership was first formed. 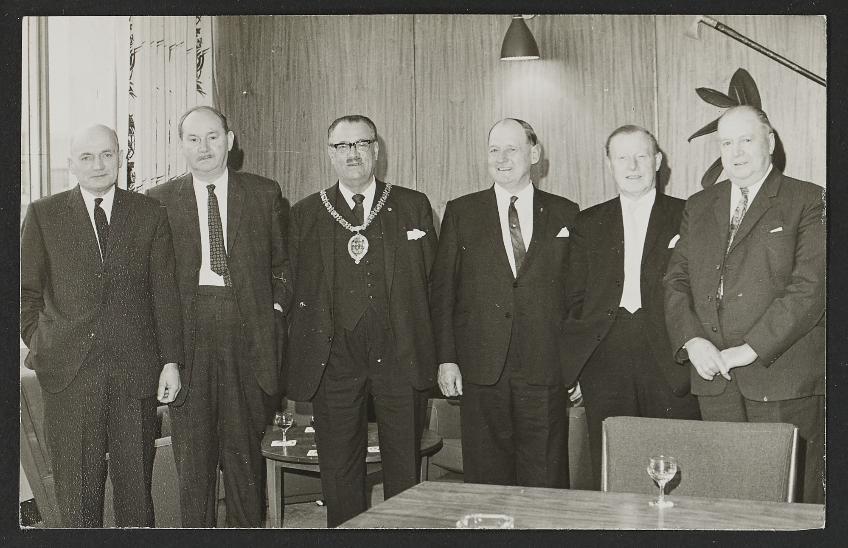 Chairman of Durham Council, Alderman Middlewood with visitors from Kostroma in 1969

On July 5 1968, Durham Council signed a charter of friendship with the Russian city of Kostroma, which lies around 250 miles to the North East of Moscow.

Since then, hundreds of residents have travelled to the city to learn more about its culture, including folk groups, theatre companies and teachers.

Many exchange projects have also taken place, with young people from Durham spending time in Kostroma before welcoming their Russian counterparts back to the county.

Kostroma is also twinned with Durham, North Carolina and later this month young people from both Durhams will meet with their Russian peers as part of an outdoor activity programme in the USA.

A selection of photos taken during the first official visit to Durham are now set to be displayed on the council's Facebook page - and residents are being invited to dig out any of their own images to add to the collection.

See the album on our Kostroma on Facebook, and if you'd like to  send your own pictures, email them to international@durham.gov.uk.

"Since the charter was signed back in 1968 several thousand young people and adults have gained a real insight into life in Russia and I was lucky enough to take part in a visit myself during the Soviet era," he said.

"We are keen to hear from anyone else who has fond memories of their time there and are confident that the next generation will continue to benefit from our strong relationship with the people of Kostroma."