In February 2016 a new UK Drowning Prevention Strategy, supported by the Government, was launched which highlighted the work carried out by Durham City Safety Group.

The group produced a map showing lit routes which people are advised to take when walking in Durham City after dark.

The map is on posters which are on display in licensed premises and university and council buildings across the city and on various websites.

It's available to download below, from the QR code on the posters and through a 'student app' which has recently been developed. 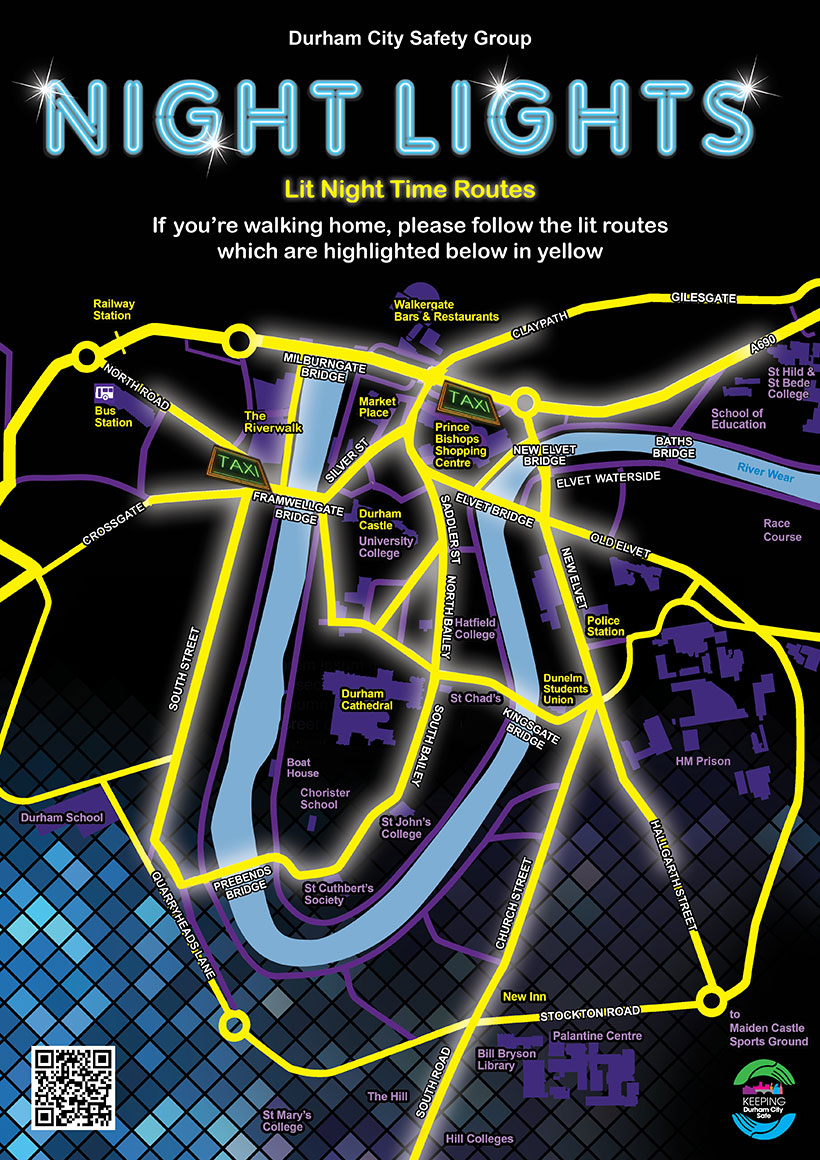 Work with other organisations

The group has worked with the Royal National Lifeboat Institution, promoting its Respect the Water campaign by handing out materials to riverside pubs. The campaign seeks to raise awareness of the dangers of waterways after the consumption of alcohol.

The group has worked with Durham Street Lights, a volunteer group which patrols the city centre on a Saturday evening assisting vulnerable people.  A safe haven location was piloted for people who were considered vulnerable due to excessive alcohol consumption.

Training and kit, including weatherproof clothing and radios, have been provided to a number of volunteer groups. Group members have accompanied them on a series of night time walkabouts.

The group supported licensed premises in the city when they introduced a breathalyser scheme as a three month pilot.