People Past and Present Archive

In the mid 1970s, the internationally known artist Stuart Brisley was appointed by Peterlee Development Corporation as Town Artist. Brisley began work in 1976, intending not to make pieces of artwork but considering it more relevant to create conditions where a collective interest in art might evolve. 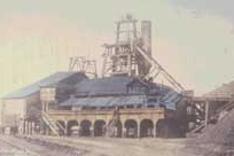 Brisley launched a three part project named 'History Within Living Memory'. Six local people were employed to make tape recordings, transcribe them and collect photographs to provide a statement of life in the villages pre-World War 1 to the present.  Photographs lent to the project were enlarged and mounted. The second and third parts of the project - never completed - were to have involved the research and publication of a history of the Development Corporation and provision of a forum where local people could meet to discuss issues of importance to the community.

When the Development Corporation ceased to exist, the local people, under the direction of John 'Pop' Porter, completed their work under the auspices of the former District of Easington Council, creating what is known today as the People Past and Present Archive.

People Past and Present Archive

The archive includes approximately 2,000 photographs, slides and recordings/transcripts covering the whole of the district dating from the 1880s up until the 1970s. The photographs show scenes from the humble origins of the district from a rural agriculturally based area, to the introduction of the industrialised age with the creation of the coal industry. The archive also includes the people which give the villages their own unique character. In the interviews, members of the public talk about their lives in and around the district, telling tales of their working lives as well as their home lives.

The digital archive, and some original photographs, slides and audio recordings, are now preserved in Durham County Record Office. Please contact us to order copies or for further information.