Follow us on Facebook, Twitter or see our Latest news and changes to services (updated 9 April) to see how our services, events and venues are affected by the coronavirus outbreak.

A day of expert discussions and educational drama is set to celebrate the 100th anniversary of female suffrage.

This Saturday the North Durham Women's Conference, '100 Years of Progress?', has been organised to mark 100 years since some women were given the vote in parliamentary elections. 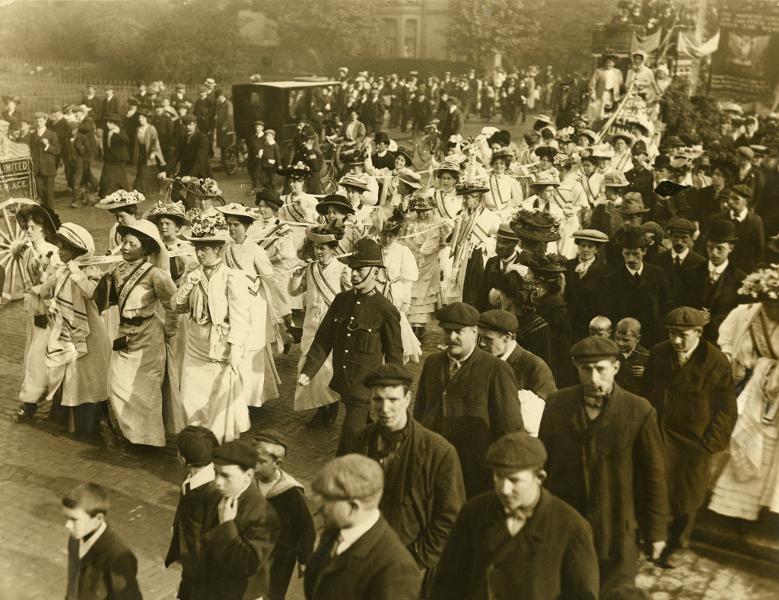 A pre-conference rally will open the day, showcasing banners in Suffragette colours outside the Stanley Civic Hall and Louisa Centre from 8:30am with the rally starting at 9am.

A series of free talks and discussions, led by experts from the world of academia and professional fields, will explore how much progress has been made for women in terms of opportunity and equality since 1918.

In addition, multiple stalls, banners, and workshops will cover a variety of topics, from the history of the early suffrage movement to the challenges facing women at the present time. These will be led by well-known experts in the field, including MEP Jude Kirton-Darling who will lead a workshop on Brexit and what it will potentially mean for women in the north east.

Daniel O'Brien, Stanley Area Action Partnership Coordinator said: "It is great to see so many local organisations working in partnership to plan, manage and oversee the timely conference. It is an honour to have it in Stanley with so many passionate women role models involved."

A performance from professional theatre group, The Time Bandits, will take attendees back in time to the struggles faced by women, followed by a performance by the local women's choir who will sing suffrage songs.

To conclude the day, attendees will have the chance to participate in a question and answer session with a panel of experts.

Events run between 9am and 4pm on Saturday 20 October in Stanley Civic Hall, Front Street, Stanley.

The conference is delivered by Mental Health North East in partnership with us and a number of local organisations including Stanley Town Council, Beamish Museum, Stanley Area Action Partnership and Just for Women.